“The truth is that I never thought that one day I would have to write these lines to you talking about the death of my boy Suso, (he liked to be called that).

As my good friend Eduardo Madariaga says (who, unfortunately, knows a lot about this and has suffered it in his heart), we human beings are prepared to see our parents die, but not to see our children die.

Surely, some of you have already been through this tragedy (I hope I am wrong), but for those of you who have not suffered the loss of any of your children (and I hope you never do) I can assure you that there is no greater pain.

It is an unknown, strong pain that, in some moments, invites you to leave this life. It is a pain without consolation, which no one who has gone through it feels able to explain, and neither do I.

Many of you knew Suso. I, because of my age and my profession, know hundreds, perhaps thousands, of people all over the world and I can guarantee you that it would be very difficult to find a person like him. He was everything, absolutely everything, goodness. He had two passions: one, the most important, helping people; the other, the story of the Titanic. He combined the two well. Every morning, when he left the house for the exhibition, he would say to me “Father, whom we will have to help today”, and I would answer him every day “Suso, help yourself and then think about the others”.

But my wishes were impossible, he only thought of others, even on the night of his death.

He wanted very much to go to the concert in Dover, in Valencia, and he hadn’t got any ticket, but, that same afternoon, his brother Luis gave him one. Suso knew that a colleague of the exhibition was a fan of Dover and, without thinking about it, he gave her the ticket that his brother had obtained for him. Two hours before the concert he managed to get another ticket for him and they all attended together. At around 11.30 at night, singing and jumping to the sound of music, Suso was knocked out. Nobody could do anything to save his life, not his brother Luis, nor his colleagues, nor a doctor, nor the members of the ambulance, nobody could do anything for him. What he had best failed him: his heart. 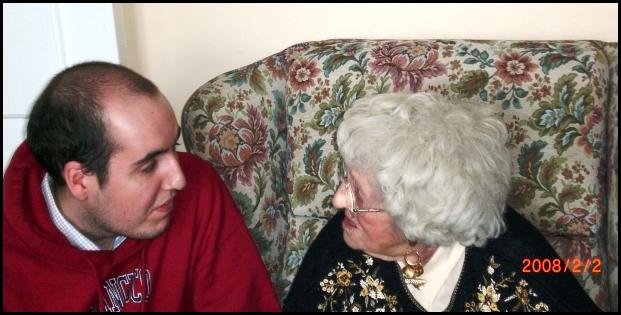 My boy Suso was only 26 years old, but, within this great tragedy, his mother, his brothers, his hundreds of friends and I, are left with the consolation that he has lived 26 years happily and that he has done what he loved best: reading, learning and helping.

Her last trip, last month, had been to England. He and I went to celebrate his 96th birthday with Millvina Dean (the only survivor of the Titanic still alive). Suso had a great time. They talked all morning and both blew out the candles on Millvina’s 96th birthday.

Suso died happily, without suffering, and I am totally sure that right now, there in heaven, he will be telling his brother Eduardo, his grandparents, his cousin José Manuel… and all the passengers on the Titanic, the whole story of the mythical ship and his interview with Millvina, as well as all the details of the tragedy (he knew so much of the history of the Titanic that he knew it by heart, almost all the names of the passengers, the crew, where they came from, where they were going and why they were travelling, etc. He knew almost everything, and he liked that. He was happy and he died happy.

I also have another consolation. Time passes so quickly, so quickly, that I will soon be by your side and, I warn you, when your time comes (it does for all of us) and you enter the sky, don’t be surprised if you see, entering on the left, an exhibition entitled : “Here begins the best of your life”. The entrance, naturally, will be free and, by pure logic, the script of the visit will be by Suso Ferreiro.

I love you very much my life. I adore you.

Thanks to all of you”.